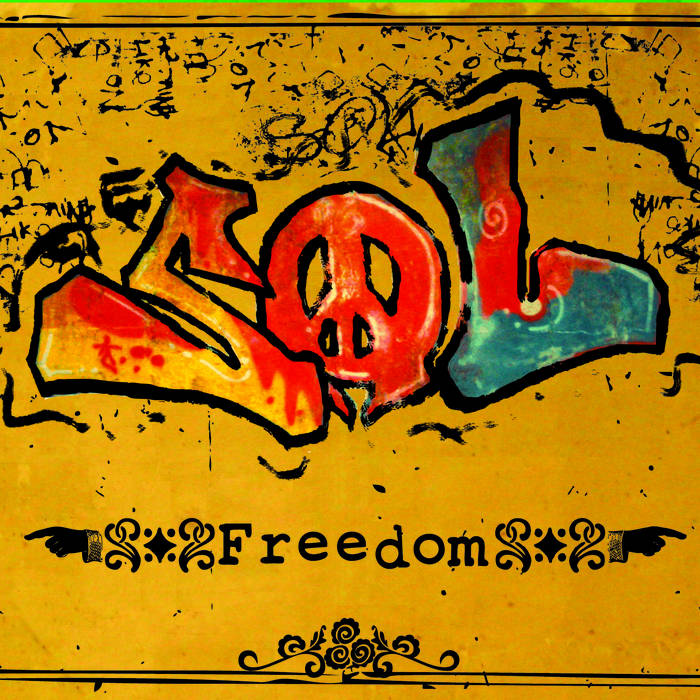 Sol Roots is a fierce guitarist and singer that creates a blend of energetic rock, raw blues, reggae, and funk, all delivered with deep soul. Sol has toured with many roots, funk, and blues legends around the world as a part of Music Maker Revue.

Sol and his band have performed at many premier festivals and venues across the east coast US, and have shared the stage with acts such as Jon Cleary, Soulive, Dumpstaphunk,The Wood Brothers, Robert Randolph, Eric Lindell, Walter "Wolfman" Washington, Jackie Greene and more.

"Sol is an impressive guitar player! Sol has an assured, confident voice that matches well with the bravado of his guitar playing. The album 'Freedom' proved to be quite a discovery for me.... "- J. Evan Wade - Home Grown Music Network

Take two scoops of Funk; throw in a healthy serving of Reggae; stir in some Piedmont Blues; throw in a pinch of Latin Flavor for spice, and top it off with some Old School R&B. Shake it up and you've got Sol & his band. A venerable pan stew of groove.

Sol leads a collaboration of musicians of the southeast and mid-atlantic regions of the US. Sol and his band are no strangers to the road.

The band members have collectively covered much of the surface of the earth on tour, lighting up venues across North America, Europe, Australia and the Caribbean.

Paying homage to the greats, Sol seeks to bring Roots Music to a new generation of listeners.

The album release, entitled Freedom, features the core musical unit of Sol on guitar and vocals, King George on drums, and Jake Dempsey on bass. Also guest appearances by Tim Smith (who can also be found on recordings with Squirrel Nut Zippers, Hobex, and the Countdown Quartet), as well as members of Virginia’s reggae groups, the Seed, and the Alliens. With these special guests, the new album moves from greasy delta grooves to deep reggae, and from stanky funk to soulful R&B.


Here's what some reviewers are saying about Freedom:

“Sol is excellent at morphing rock, blues, soul, and reggae, taking it all to a different level and contributing to the evolution of music into- quoting Sly Stone- 'a whole new thing'. Freedom is a great example of this band’s music and a truly enjoyable listening experience”- Len Comaratta- WUVT Music Director

"Sol pulls together funk, soul, blues and reggae elements...
Sol uses his right hand fingers, not a pick, to get his bluesy, dirty-sweet solo lines, and he delivers the raw and tasteful in even helpings....
You have to admire a blues/soul singer who is trying to sound like himself, instead of some old blues guy... Good Party Music... " - Tad Dickens- Press Review

"Sol pours out his heart and soul on Freedom. A must have for any music collection" - Wes Lee- Locals Only Radio (Washington DC area)

"An instant favorite!! Put it on anytime and it will make you feel good..." Jean Bayou- President- Songwriters Association of Washington DC

"...songs that take us on an adventure- from uplifting spiritual and prophetic warnings, to gut wrenching blues; and from the light and dark of human emotion- told by exceptional musicians, reminding us that great music is still being made....
....on your second listen, you notice all the little things- sounds, taps, beautiful background vocals, awesome sax, flute, and keyboards- and begin to realize two master engineers put this CD together.
They have woven a tapestry of music that will uplift and warm your soul. " - Advance Tribune